When Does Discipline Become Abuse? 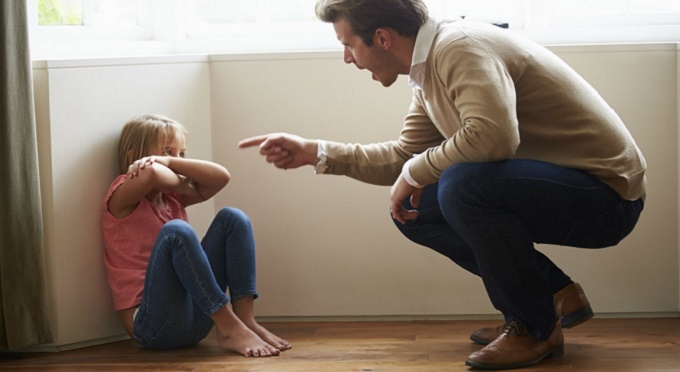 Jay Scott Fitter, Author of “Respect Your Children”
Via: www.crosswalk.com


April is Child Abuse Awareness month and the subject invariably comes up: what constitutes abuse?

Discipline is one of the defining elements of parenting; whether used sparingly or liberally, it’s fundamental to the parent-child dynamic. Through discipline, children are taught to become responsible, honest, kind, sharing people. By following their parents’ guidance, teachings and rules, they ideally grow up to be well-behaved and respectful individuals.

If you, however, punish your child instead of disciplining them, the end result will not be the same. Punishment is an act of anger and impulse. It happens when a parent takes things personally; the punishment is, in fact, retaliation for the child’s poor choice. In contrast, discipline is centered around helping the child, with the goal of correcting their choices and actions. A parent who disciplines is trying to teach their child right from wrong, helping them learn life skills. Ultimately, punishment hurts a child whereas discipline helps a child.

Resisting The Urge to Punish

The urge to punish comes from within when you feel hurt by a child’s behavior — you’re looking to strike back and inflict this same pain, often overreacting to the situation. For example, in the heat of the moment, Mom or Dad might lash out — even raising a hand to a child instead of taking a deep breath and assessing the situation objectively.

The challenge parents face is to detach themselves from the situation and control their anger and impulses before responding or reacting to the child. By controlling this anger and emotion, a parent can stop themselves from making the situation worse. And this is important, as punishment — which can lead to abuse — is usually both unreasonable and much more physical than discipline.

Here’s why it’s so important to resist the urge to react in anger. Most abusive parents never plan on hurting their children, but they impulsively react and strike out of anger, punishing them with physical revenge instead of teaching them right from wrong. Once trapped in this mindset of punishment, it is difficult for parents to think rationally or even compassionately about their child’s actions. And in an instant, on impulse, lives can change dramatically.

A loving parent can be convicted of child abuse and land themselves in prison simply because they impulsively did something violent to their child. If you choose to listen to your impulses, you lose your self-control and ability to think clearly. For example, a parent grabs their child by the hand. The parent is upset and twists the tiny arm. Being a “good parent” they take their child to the hospital to have it looked at. They find a greenstick fracture. The x-ray clearly shows how the arm bone was twisted. This is a red flag for hospital employees who know this is a symptom of child abuse. In a whirlwind, Child Protective Services is called in, the children may be removed from the home, the guilty parent can be arrested and even go to jail.

One of the biggest problems with an adult punishing a child is that the two are not equals. When calm and rational, no one would argue that children are the same as adults. They are not the same size, nor strength; they have less knowledge and fewer life experiences. Furthermore, when parents punish their child out of anger, they teach kids that it’s okay to treat those who are weaker, smaller, and younger with less respect. The parent is modeling a bullying type of behavior which is obviously not a positive way to interact with others.

My father was verbally and physically abusive so I understand on a personal level the negative impact impulsive, erratic behavior can have on a child. To justify their actions parents may say, “This is what happened to me when I was growing up.” While that might explain why you’re more likely to parent this way, it doesn’t excuse the behavior. So, instead of coming home and taking out your frustrations on your children, resist the urge to overreact and lash out at them.

In order to function in our society, adults must have a certain amount of self-control, impulse-control and anger management. I’m suggesting these skills be developed in our homes. Again, it’s a matter of respecting our kids as people. Consider the dozens of interactions you have with others on a daily basis. Surely at one point or another someone has said something that you disagreed with or they’ve done something that annoyed you. Did you react by lashing out or hitting the other person? Is there another situation where we, as adults, would act so recklessly even if we were upset?

In place of punishment, let’s look at some effective discipline techniques. When establishing discipline in your household, communicating your expectations and guidelines with your children is the first step. Initially, help your kids understand why these rules and expectations are important to you. Then, explain to them what will happen if these expectations are not met — what the consequence will be.

By explaining to your kids the reasoning behind the consequences, you’ll be helping them learn from their poor choices. It’s important that a child understands their parents and believes there is logic to their actions. Otherwise, not only is it impossible for the child to meet these goals, but if they break the rules, they have no way of predicting what the reaction will be. However, if everyone is upfront about what will happen, then your child will be more accepting of the consequences and parents are less likely to overreact.

For example, your teenager has been told they have 100 minutes of cell phone time a month. You explain that should they go over, they will lose their cell phone privileges for the next month. So, when the monthly statement comes in showing your teen has used 200 minutes, the consequence for this choice has already been decided. Neither you nor your teen has any surprises.

While I wouldn’t recommend swatting or spanking your child, some parents may still choose to use this method of discipline. Remember, the match-up between parent and child is grossly uneven — the adult is much bigger, much stronger than a child. So, if you choose this course of action, for example, a swat on your child’s bottom when they’re little, I cannot stress enough — never do this out of anger. It is also important to warn your child beforehand so they understand that if the negative behavior continues, a spanking will be the consequence. This reinforces that spanking/swatting is the result of a specific behavior, not just because they are a “bad person.”

Discipline is not about the parent being upset or negotiating; it’s about staying consistent, so your child learns that their parents’ expectations are to be taken seriously. If the child chooses to not finish their homework or eat their vegetables, the parent simply says, “That’s too bad. Unfortunately, you won’t be able to watch TV tonight.” Remember to notice when they accomplish these things, too — kids also need positive attention.

Also, whenever you’re disciplining kids, take the time to explain to them that you still love and care about them. Tell your children that they’re not in trouble because “you hate them.” A parent’s love for their child isn’t something that should waiver — your kids need to know that. That way, when the discipline and consequence are over, parent and child can sit down together and talk about the choices and decisions that were made with a goal to creating strategies that will help discourage these kinds of poor choices again.

Jesus admonished his disciples to bring the children to him because, “the kingdom of God belongs to such as these.” It was clear that Jesus respected the innocence and vulnerability of children.  As parents, we should do the same. Share your thoughts and ideas with your kids and, in return, they will share their ideas with you. Just because the topic is discipline doesn’t mean that there can’t be an exchange of ideas or an open dialogue. Plus, by listening and respecting their ideas, your child will share with you their thoughts on the issues at hand, placing you in a better position to help them.

It is through discipline that we’re trying to shape our kids into the best people they can be; hopefully they will respect our opinions and not just our authority. Over time, as they grow, they will understand that what we’re saying and doing is in their best interest; this discipline is out of love, and not out of revenge. It’s done to help develop their character, and to teach them skills and attributes that will last a lifetime. It will help them to become better parents to their own children one day.

Jay Fitter has been a licensed marriage and family therapist for nearly 20 years.  He received his undergraduate degree in psychology from Hope International University and his graduate degree in family counseling from Azusa Pacific University.  In addition to his practice, he has written a book entitled Respect Your Children: A Practical Guide to Effective Parenting and teaches parenting workshops in churches across the country.  For more info, visit www.respectyourchildren.com.