Where do women belong in Buddhism 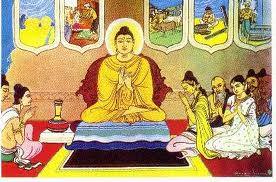 We bring you a work by Ven. K. Sri Dhammananda Maha Thera on how women are treated in Buddhism. There were few messages by our community members requesting to write something on this matter. As we know some parts of the world women are treated very badly and that is setting a bad example in a world that transforms day by day towards more liberal and independent life where freedom become a key right. Various types of rights are being violated in many parts of the world both developed and developing. We believe there has to be a greater voice against these mistreatments to women. Lets first go through this series of articles and then we will look at how the current state and trends. We would love to initiate a discussion on this topic once this series unfolds. Don’t hesitate to comment what you have to say. 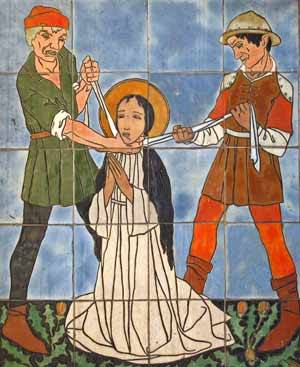 Discrimination against women is a feature common in all societies. Whether in Africa, America, Asia or Europe, the prejudices and obstacles that women have had to encounter and surmount seem almost identical. The peculiar stigma attached to women all over the world is based on religious bias.  “Woman” is depicted as a temptress and is warned against in almost all religions of the world.  Woman’s basic stigma therefore originates in religion.

According to certain religious mythological concepts, man was introduced as the son of God, but woman never found a similar standing as the daughter of God. Amongst the soul-believers, some held the notion that a soul exists only in man and not in woman. Those who claimed that woman too had a soul would not give credence to the idea that her soul could find a place in heaven after death. Such were the strange beliefs amongst certain religious societies.

Women have also been regarded as the source of all the sins of the world and have been blamed for the misfortunes of men in this world and the next. There was also the belief that as women, no salvation could be gained – they had to be reincarnated as men before they were able to gain their salvation.

Certain fanatical religious cults have also prohibited women from reading the religious scriptures. The punishment for doing so was to have their tongues cut out. They were also discouraged from entering places of worship. If they were at all allowed to participate in religious practices, such participation was confined to their own homes, by attending to household religious ceremonies. Such hindrances and obstructions in the matter of moral and spiritual upliftment of women still exist in varying degrees in certain parts of the world, even though many barriers have been removed.

In contrast to such hindrances and bigoted religious practices, Buddhism can certainly claim to have the least discriminatory attitudes against women. 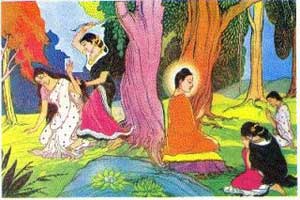 There is not the slightest doubt that the Buddha was the first religious teacher who gave women equal and unfettered opportunities in the field of spiritual development.  Although he had pointed out on several occasions the natural tendencies and weakness of women, he had also given due credit to their abilities and capabilities. He truly paved the way for women to lead a full religious life. They were able to develop and purify their minds and realize the bliss of Nibbana just as men were. The testimonies of the Theris (Nuns) in the days of the Buddha speak amply to this fact.

The Buddha opened the gates for the full participation of women in the field of religion by making them eligible for admission to what was known as the Bhikkhuni Sangha – the Order of Nuns – that truly opened to women new avenues of culture and social service and ample opportunities for public life. This brought to women recognition of their importance to society, and greatly enhanced their social status.