Where’s the best place to be a women? 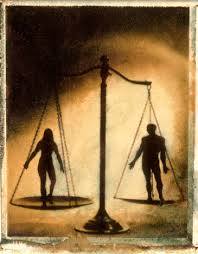 A report by BBC attracted our interest as we’ve been discussing gender inequality worldwide and how religions and cultures tend to undermine women in certain regions. Read through this important report and take a minute to share these interesting facts.

For five years in a row, Iceland has been rated the country with the world’s smallest gender gap by the World Economic Forum (WEF).

The rating means Iceland is the country where women enjoy the most equal access to education and healthcare. It is also where women are most likely to be able to participate fully in the country’s political and economic life.

Iceland is joined at the top of the The Global Gender Gap Report, 2013 by its Nordic neighbors Finland, Norway and Sweden.

Overall, the gender gap narrowed slightly across the globe in 2013, as 86 of 133 countries showed improvements. However, “change is definitely slow”, says one of the report’s authors, Saadia Zahidi.

Explore the maps below to find out how countries compare overall – as well as in key areas of daily life, such as in health, education, employment and politics.

Europe has seven countries in the top 10. The UK is 18th and the US is 23rd.The Philippines, at fifth, is the highest ranking Asian nation and Nicaragua is the highest-placed country from the Americas, at 10th.

The G20 group of leading industrial nations has no representative in the top 10, nor does the Middle East or Africa.