Have You Woken Up At Night And Were Unable To Move And Felt Paralyzed. It Means THIS 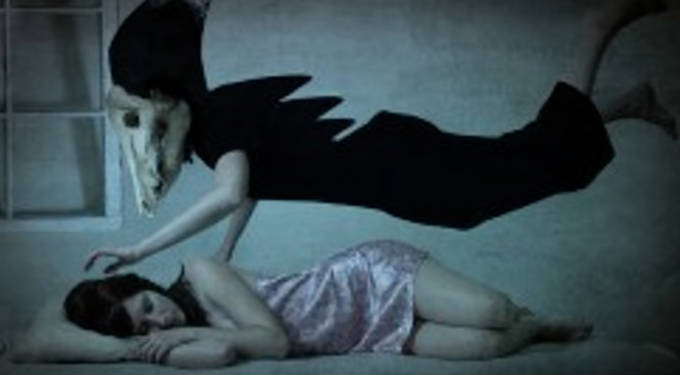 The average person sleeps for around eight hours a day. Over a lifetime this amounts to spending about one third of life asleep. It’s common knowledge that a good nights rest is vitally important for maintaining health and balance, both mentally and physically.

However, for some people a good night’s sleep is hard to come by, or it ends up being ruined, by a strange phenomenon that is called sleep paralysis.

It happens when your mind wakes up before your body ever gets a chance to. You can breathe normally, you can see and understand everything around you, but you can’t move a muscle no matter how hard you try. The feelings that run through your mind when sleep paralysis occurs are overwhelming and the whole experience can be summed up as terrifying. Many people report that right before waking they hear a loud bang or waves crashing in their head which suddenly jars them awake. Others report that they do in fact have difficulty breathing and that it feels as if someone were choking them. These moments can last from a few seconds to several minutes or longer and most commonly show up initially during one’s teenage years.

The sensation of waking up and not being able to move is thought to affect less than 8% of the general population. There are no serious risks attributed to sleep paralysis on its own, medically speaking, rather the mental and physical damage may occur in the long run. While there may be genetic factors that contribute to it, the main causes are thought to be a lack of sleep, schedule changes, and sleeping on ones back. Back in earlier times it used to be thought that demons or evil forces were behind the strange phenomenon and it’s easy to see why. Here are 8 terrifying facts about it:

1) No one knows for sure what causes it- Science and researchers have yet to find a definitive cause or explanation as to what may trigger it. It has been a mystery for thousands of years and to this day it remains one.

2) It feels like you’re dead- Many people equate the experience of waking up and being unable to move, while fully mentally awake, to feeling like they’re dead. Basically, it’s a type of out of body experience that you never want to experience.

3) It can happen when you’re trying to fall asleep- It doesn’t only occur when you wake up. It can occur at two points in the sleep cycle when your body transitions between going into, and coming out of, the REM (deep sleep) stage.

5) Your nightmare may continue- A lot of people have reported that they feel like they’re in a living nightmare even after they wake up because they open their eyes and see hallucinations. They are mentally alert and know they are awake, but their minds and eyes see things that aren’t there, and it’s all too freakishly real.

6) It can feel like a demon is sitting on your chest- A common description given of what it feels like is that there is something heavy and bothersome weighing on your chest. Yikes!

7) There is no way to wake your body up- You literally have to wait for your body to snap out if it. No cough or blink will wake you, contrary to some beliefs.

8) It can happen to anybody- You may have already experienced it at some point in your life, not everyone is aware that it happened, and practically everyone will go through it at least once over the course of their lifetime.