When the world mourn over Paul Walker…

Paul William Walker’s death is the biggest topic of the week. It shocked millions of his fans around the world. Although many people around the world would’ve seen the star at least one of his films, many did not know his actual name until his death. His death teaches the world many lessons. It’s good to analyze them and realize how life works. It’s important to understand certain realities of life, so that we may apply them to our own life in order to understand life better.
Paul Walker an American actor became famous in 1999 after his role in Varsity Blues that was a great hit at the time, but later garnered fame as Brian O’Conner in The Fast and the Furious film series. He was also famous for hit films such as Eight Below, Into the Blue, She’s All that, and Takers.

Paul walker was always a usual kid and his childhood was pretty similar to most other kids. He was raised as a member of the Church of Jesus Christ of Latter-day Saints. Walker began his show business career as a child model; it was years before he became a household name in the film industry.

Superstar Actor, What you know of him 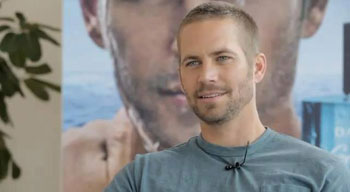 Like everybody who succeeds in their respective industries, walker too began his filming career as a toddler, when he starred in a television commercial for Pampers. He was just 2 years when he first worked on a television show in 1985. Can you imagine how lucky you are to be an actor at the age of two?

Well, luck itself won’t give you what you desire. There are millions of child actors who fail to pursue acting career because of various reasons. Of course some may not like the industry much and their interest may lie elsewhere. However, many fail due to lack of interest and unrealized potential. They fail to seize the advantage. Lack determination to evolve and succeed.

He first became a part of a TV series in 1985 when he appeared in Highway to Heaven and Who’s the Boss shows. His film career is almost 30 years old. His first was is in 1986 when he starred in horror/comedy film Monster, the Closet.

In 1998, he debuted in a feature film “Meet the Deedles”, which finally earned him fame. Which subsequently led to supporting roles in the movies such as Pleasantville, Varsity Blues, She’s All That and The Skulls.

In 2001, everything changed for him. His breakthrough role that caught the attention of movie fans all over the world arrived when he starred opposite actor Vin Diesel in the very famous action film The Fast and the Furious. The film established Walker as a notable film star and leading man and led to his reprisal of the role in the 2003 sequel 2 Fast 2 Furious. Afterwards it was an easy ride for him and he thrived in the industry leading many famous roles.

Furious 6 the upcoming film in which Walker starred due for release in This December and films such as Brick Mansions he worked is set for release in May 2014. At the time of his death, Walker had been filming Fast and Furious 7, which was slated for release in July 2014.

As a common man

Walker was single when he passes away. He is a dog lover. His companions were his dog until 2011 when his daughter who lived with her mother in Hawaii for 13 years returned to California to live with Walker.  Walker is a marine biologist. He had a lifelong dream that he fulfilled by starring in a National Geographic Channel series Expedition Great White then re titled Shark Men.

He was an avid car enthusiast, had a passion for shark conservation and at the same time a dog lover apart from his love to mankind through REACH OUT WORLDWIDE.

When he shocked the world 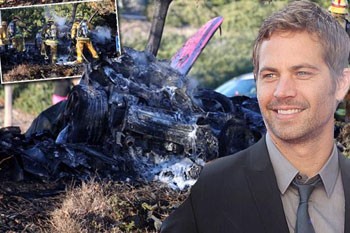 November 30, 2013, at approximately 3:30 p.m. Walker and his friend Roger Rodas left for an event for Walker’s charity Reach Out Worldwide for victims of Typhoon Haiyan. Shortly after leaving in Rodas’ red 2005 Porsche Carrera, the driver lost control. The car crashed into a light pole and tree in Valencia, Santa Clarita, California, and the vehicle burst into flames. They died at the site.

Rodas was believed to be driving the car the police stated speed was a factor in the crash. Although there were speculations if dag racing had an involvement, so far the police is unable to confirm any involvement of a second car. Rodas and Walker became friends at a race track and he went on to be walkers financial advisor  while helping walker establish Reach Out Worldwide. Rodas was alos the CEO of Always Evolving, a Valencia high-end vehicle performance shop owned by Walker

What you probably didn’t know before his death

Paul walker is a great man considering many Hollywood starts just focuses on living a lavish life. Billions of money wasted to keep their status going and are highly ignorant of the happenings around the world. We have come across stars just pose blatantly with a statue of a respected religion or riotously producing a video to attract negative publicity. But what Paul Walker did in his spare time was nothing of that sort.

He is known to have spent almost half of what he earns on charity work. His charity ROWW, reach out worldwide is the premiere disaster help charity in the world. He has raised and given billions of dollars in various causes around the world. He was truly a great man in terms of having such a desire to be a helping hand for those who needed it the most. In an era where everybody in search of expanding their wealth Paul Walker focused on making others lives better. As Buddhists we believe the intention is the foremost and greatest thing that matters in anything. Therefore his death while attending a charity work will earn him better life in his next life.

We would like you to visit his website www.roww.org to understand the type of work he did. It is one of the world’s biggest charities. Their facebook page worth a like so that you can keep yourself updated on upcoming events to which you may lend a support. http://www.facebook.com/reachoutworldwide 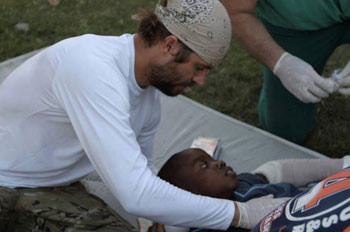 Paul Walker was a “living angel” as many call him now. But when did you last saw anyone appreciating him before he died? For most of us he was just a Fast & Furious actor but nothing more.

How many of us knew that he was doing something great through ROWW? You’l be amzed even after his death the ROWW fan page has merely a 255,000 likes while the page created by an unknown party for Paul Walker has nearly 4.2 mn. Just imagine if 4.2 Mn knew what he was doing through ROWW? Will this 4.2 Mn fans get something important in time to come such updates on his ROWW work? Highly Unlikely.

He flew all over the world with his support aids. He flew to Africa, He flew to Chile, He offered help to Haiti and he was focusing Philippine last. How many other people who can afford a goddamn try to do what Paul Walker did?

It is an irony to note that people appreciate people once they depart us. People see the positives once the individual departs. Shall we not try to value those who lend a great service to the mankind when they are still alive? Shall we not support them when they are seeking it? Time to look around beyond what we already know and try understanding great people and value them while they are still alive.  I can make a list of other Hollywood stars that does an immense service to the mankind and environment like Paul Walker did.  Lets appreciate and support them whenever we can.

Walker was an animal lover. He loved his dogs and they were his companions. So is his love for sharks. He was a part of a conservation project too. Those who love animals usually are those who are most sensitive. They usually are like kids. By looking at the life Paul Walker lived we can be rest assured that he was a great soul. An example to wasted life of some Hollywood stars.

Another lesson we can learn from his demise is that you should never be late for anything that you desire to achieve in life. Especially, when you can and afford it. One of dream was to hold a high end auto show. He was preparing for it but unfortunately that is a dream he would not be able to realize.

Losses in life are common to all of us. Paul Walkers death is a great lost to the world and its people who are in need of his help. His death is also equally a great lost to the entertainment industry. He was working on a few films when he had to leave us. Filmmakers may have to face a dilemma of redoing, reworking the films that he already worked on. One’s death can make havoc in many people’s life. In Paul Walkers case it is going to be huge.

It’s very sad to see how destiny works.  Paul Walker became a superstar over his famous fast & furious movie series and he died just the same way like the movie he starred in by speeding in real life. His passion was speeding and that caused him his life. He teaches you a great lesion. A lesion that many people try to teach specially the young. Speed Kills, Simple as that.

Previous articleCourts quietly confirm MMR Vaccine causes Autism?
Next article90% of you might see this on your mobile and that’s why we want you to think again
Digital Media