Yet another man who changed the world passes away: World mourns loss of ‘Madiba’ 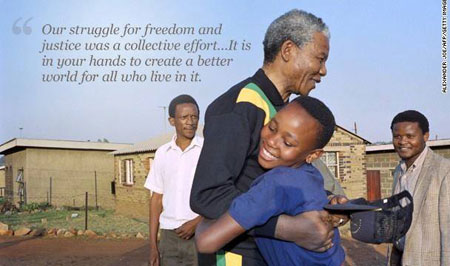 We join the world in mourning the death of Nelson Mandela, a man who fall in to the same category as Martin Luther King Jr, Gandhi, Lincoln and many more who not only risked their own life to advocate for the freedom of others.

He was a powerful example for peaceful activism and questioning the norms of societies that many would feel unwarranted. He was not only a leader in the movement against apartheid but also led many other movements such as welfare of children and animals.

When Mr Mandela passed he was 95 and was critical condition for few months due to a lung infection. He was a leading role in the transition of minority lead rule to majority black rule in the 1990s after being imprisoned for 27 years.

He was the South Africa’s first black president and anti-apartheid icon. Announcing his death in a statement on South African national TV, Jacob Zuma said Mr Mandela had “departed” and “Our nation has lost its greatest son, although we knew that this day would come, nothing can diminish our sense of a profound and enduring loss.”

Mr Zuma said in his statement that “what made Nelson Mandela great was precisely what made him human. We saw in him what we seek in ourselves. “Fellow South Africans, Nelson Mandela brought us together and it is together that we will bid him farewell.” 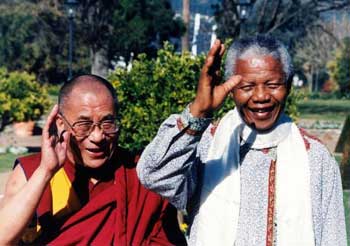 After leaving office, he became South Africa’s highest-profile ambassador, campaigning against HIV/Aids and helping to secure his country’s right to host the 2010 football World Cup. He was also involved in peace negotiations in the Democratic Republic of Congo, Burundi and other countries in Africa and elsewhere.

What is your reaction to Nelson Mandela’s death? What are your memories of him? What can we add to our life from Mandela’s life? We invite you to write us your view in brief. We’d pick two of the best and publish same in our community section.

May he be born again among us and be the help for millions of children, youth, and communities around the world who need his vision, support and courage to make this planet a better place for every one of us to live with freedom and joy.