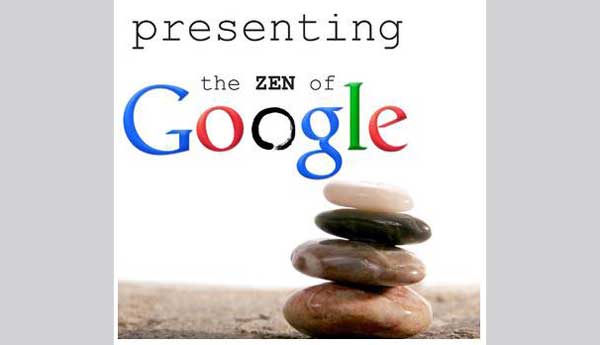 From Steve Jobs to Marc Benioff, a few Silicon Valley tech chiefs have taken a Zen Buddhism approach to their daily lives and their businesses. And it’s not just billionaire CEOs. Yoga studios are springing up everywhere and trainers are in demand.

Some tech companies are bringing Zen to them. Eighty-seven-year-old Zen Buddhist monk Thich Nhat Hanh was invited by Google last year to run a training session at its campus, and he also planned to meet 20 other tech CEOs, The Guardian reported.

The Meditation Is the Message

At a Churchill Club event in Santa Clara I attended last fall — a one-day session billed to help attendees gain power in order to “change the game” at their companies — a roomful of techies learned to meditate under the guidance of a Shell Oil Company executive.

The idea of Zen-like meditation practiced in the tech industry is, somewhat ironically, all the rage around the Valley. But isn’t there something inherently wrong with tying inner peace to increased profits and mindfulness to consumer gadgets that constantly bombard people with data?

To be fair, any form of meditation where one appreciates living in the moment can be an incredible stress reducer in an industry brimming with anxiety. As Arianna Huffington points out in a blog post last month, entitled “Mindfulness, Meditation, Wellness and Their Connection to Corporate America’s Bottom Line,” there are hard dollars and cents associated with stress in the workplace.

Here are some stats gleaned from a Forbes story nearly two years ago to back up this claim:

ü  The 2012 Workplace Survey released by the American Psychological Association found that 41 percent of American “feel tense or stressed during the workday,” up from 36 percent last year.

ü  Stress was the most common cause of long-term sickness absence for both manual and non-manual employees in CIPD’s 2011 Absence Management Survey.

Obviously, everyone should be entitled to the health benefits of meditation regardless of where they work or how much money they make. Like Tai Chi, with a vast number of people in China (young and old, rich and poor) performing the moves in the early morning every day, meditation practice doesn’t discriminate.

Then there’s that problematic tie-in to making money off meditation, as Huffington surmises:

“There’s nothing touchy-feely about increased profits. This is a tough economy, and it’s going to be that way for a long time. Stress-reduction and mindfulness don’t just make us happier and healthier, they’re a proven competitive advantage for any business that wants one.”

Competitive advantage? I don’t think I’ve ever heard “mindfulness” and “competitive advantage” used in the same sentence before. You could argue that the most popular tech products with the biggest competitive advantages produced by companies with soaring profits are the polar opposite of the higher purpose of meditation — that is, finding meaningful happiness.

In truth, much of today’s technology output is superficial and somewhat meaningless.

This sentiment apparently wasn’t lost on Thich Nhat Hanh. According to The Guardian, he advised senior Google engineers and the tech industry at large:

“When they create electronic devices, they can reflect on whether that new product will take people away from themselves, their family and nature. Instead they can create the kind of devices and software that can help them to go back to themselves, to take care of their feelings. By doing that, they will feel good because they’re doing something good for society.”

Of course, this isn’t what the tech industry does; it makes products that appeal to the impatient American consumer who doesn’t look inwardly but outwardly, expressed with a social networking-styled narcissism. However, there are signs that even the most always-on consumers are reaching gadget fatigue and experiencing regrets about the loneliness of today’s mobile culture.

Instead of staring into our iPhones and watching funny cat videos on YouTube or working at all hours because, you know, time is money and time is best spent when there’s a financial return on investment, maybe we can take a moment and just breathe in silence — for free.