An Essential Guide On How Ir Sensors Work 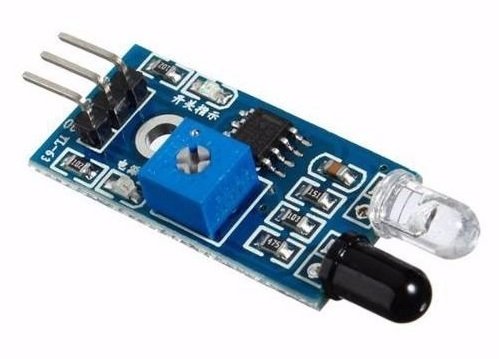 Have you ever wondered how your TV remote controls its functions? The answer lies behind ir sensors, and here you will find a little more information about them.

An infrared detector is an optoelectronic device that can measure infrared electromagnetic radiation emitted by bodies within their field of view. It is a type of radiation emitted by all bodies independently of any other kind of ambient light. This way makes it possible to observe spaces and objects without the need for visible or different types of light in the environment.

The operation of an infrared detector is based on the fact that the infrared rays pass into the phototransistor where a pyroelectric material is located, which reacts to the presence of infrared rays. Generally, these devices are integrated into configurations of various types.

This is a visual representation of the spectrum of light produced by the source emitting the light itself.

This device consists only of the phototransistor and measures the radiation coming from the various objects.

This type of sensor is based on the combination of an emitter and a receiver located close to each other. The emitter is an infrared LED, while the receiver is the phototransistor.

Ir sensors are often used to optimize various systems’ energy consumption and efficiencies, such as ventilation, lighting, or air conditioning in the home or office. Still, they also have applications in the field of security.

The mode of operation of this type of device varies depending on the way it works. For example, ultrasonic presence sensors on the market can detect variations in space through an ultrasonic wave that travels through the area and returns to the detector by bouncing off each object in the environment; if the device detects a new thing, it is activated.

On the other hand, infrared sensors detect presence when a body cuts the beam it projects, or through the variation that occurs in the temperature, i.e., with the company of people, it identifies a change in temperature in the environment. When it detects a certain number of degrees, it is activated. When a body appears in its field, it closes the circuit by switching on the light, the air, the fan, etc. These infrared sensors are the most commonly used.

The third type of sensors would be the so-called dual sensors, which combine the two previous technologies, i.e., infrared and ultrasound. They are used in spaces where a high level of detection is required.

These devices are a mechanism used in the various perimeter detectors, motion, gas, flood, etc. In contrast, for example, in the domestic field, infrared sensors are used in some household appliances, such as microwave ovens, to measure the temperature distribution inside.

These devices are also used for climate control of the house to detect temperature fluctuations. These systems facilitate energy savings by maximizing resources, thus helping to slow down climate change.

In medical and life sciences, the aim is to develop new non-invasive diagnostic methods using infrared sensor recognition procedures, for example, breast and muscle sensors. Another medical application is the instantaneous measurement of body temperature, i.e., as a remote thermometer.

Previous articleAre You Looking For Office Space To Rent Los Angeles?
Next articleTop Reasons as to Why You Need to Have a Clean Operating System
Digital Media