At the outset of the 2020-21 NBA campaign, the Denver Nuggets weren’t among the elite-level contenders. However, following a conference final appearance last season. Denver certainly slotted well up on the list of secondary contenders and when it came to NBA betting, you could’ve done worse in terms of wagers as value plays.

When it comes to the slow start to the season for the Nuggets, the fault certainly can’t be pinned to the club’s international stars. Serbian center Nikola Jokic is averaging 25 points per game. Canadian point guard Jamal Murray is also contributing more than 20 points per night.

Both of these unique talents rate among the elite international players of today and certainly merit consideration if it came down to selecting an all-time NBA international squad.

Naturally, any listing of the international greats to wear the Nuggets uniform obviously includes both Murray and Jokic. But who else would be slotted into that lineup if an all-time international Nuggets club was selected?

Well, since you asked, let’s take a look at the top contenders. Rather than pick a starting five, we’ll instead simply list the best international talents who’ve been seen in action with the Nuggets.

In Denver’s recent 109-105 loss to the Utah Jazz, Jokic nearly turned a triple double. He finished the night with 35 points, 14 rebounds, and nine assists during 40 minutes of court time.

Three nights earlier, he posted the triple double. Jokic collected 23 points, 14 rebounds, and 10 assists in a 114-104 victory over the Golden State Warriors.

Jokic is a unique NBA specimen. He’s equipped with prerequisite size to be a dominant NBA big man. At the same time, with his skill set he could just as easily drop back and play in Denver’s backcourt and be an equally sensational performer. 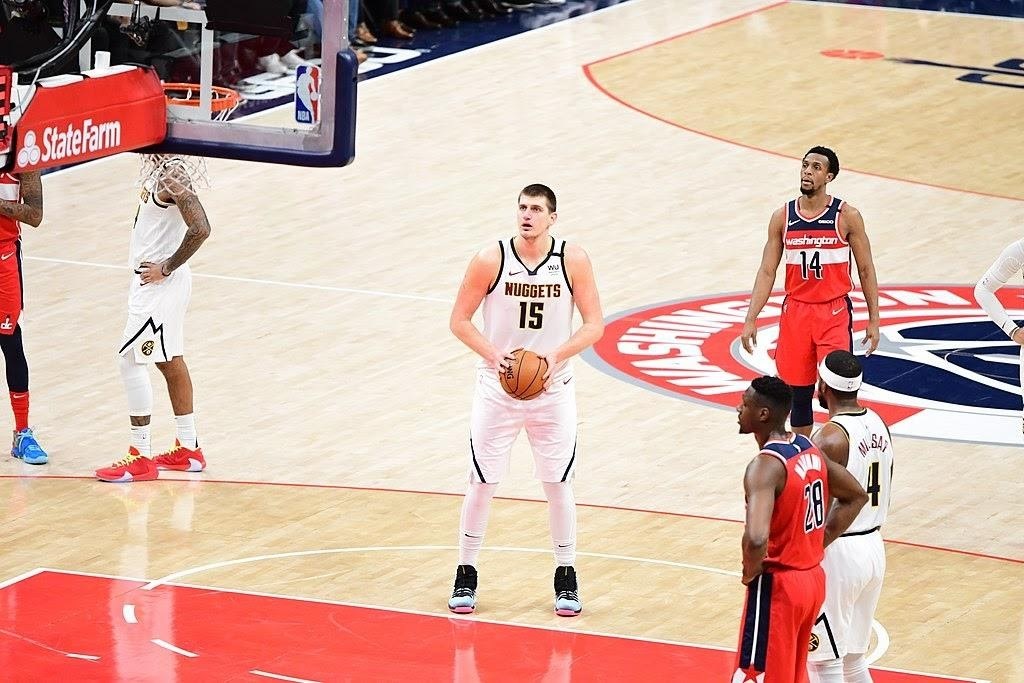 “Super Bowl XLVIII” by Wikimedia is licensed under CC BY 2.0

Currently averaging 20.3 points per game, that would be a career high for the 23 year old.

Currently the Executive Vice President of Basketball Operations for the NBA, there was a time when VanDeWeghe was one of the best players to wear a Nuggets uniform.

An prolific scorer and outstanding outside shooter, VanDeWeghe was so adept at the step back that it became known around the NBA as the Kiki Move. He averaged 20 points per game for seven consecutive seasons, three of which came with the Nuggets.

It’s easy to forget that Mutombo launched his epic NBA career with the Nuggets. The 7-foot-2 shot blocker extraordinaire and star of the greatest Geico ad ever spent his first five seasons in Denver.

Over his final three Denver campaigns, Mutombo led the NBA in blocked shots. Twice he blocked over four shots per game, including a career-high 4.5 in 1995-96.

Currently in his 13th NBA season with the Atlanta Hawks, Gallinari spent the peak years of his career with the Nuggets from 2010-11 through 2016-17.

Gallinari hit for double digits in points every season he was in Denver. His last two campaigns with the Nuggets were his most productive in the Mile High City. Galinari averaged 19.5 ppg in 2015-16 and 18.2 the following season. 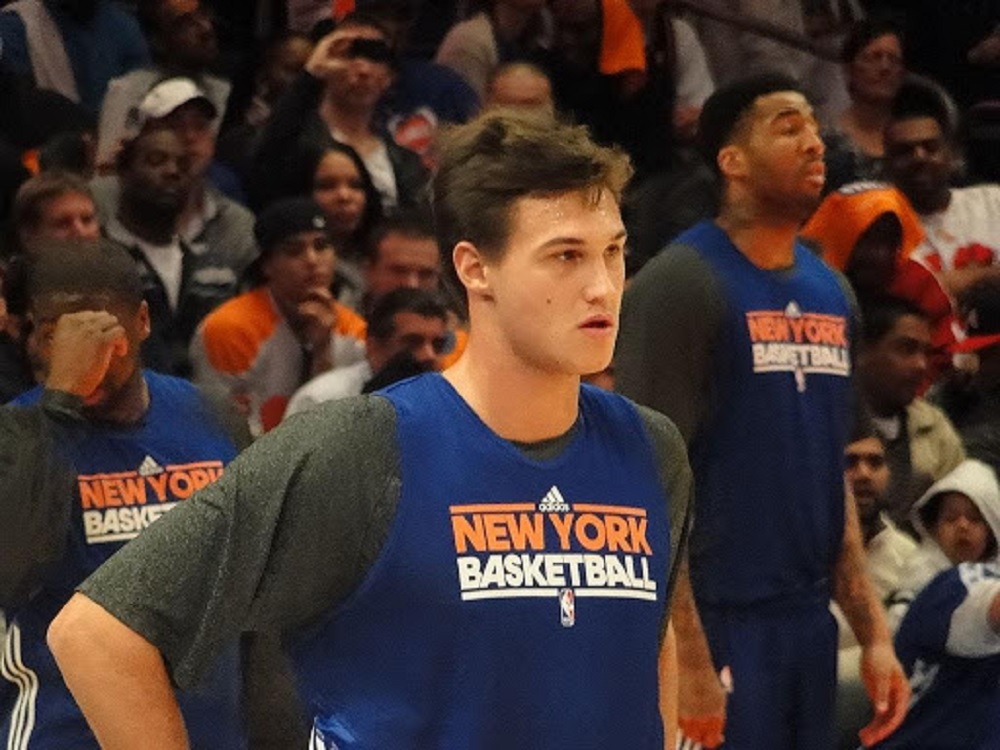 “Danilo Galinaria” by Wikimedia is licensed under CC BY 2.0

Nenê was the first Brazilan ever selected in the first round of the NBA Draft. He launched his NBA career with Denver and stayed for a decade, from 2002-12.